Bushmaster .223 M4 carbine – model used in the Connecticut shooting. Why in the hell is this gun legal?

Mass shootings are horrifying, terrible, heartbreaking, enraging.  For me, as for many, the most recent mass shooting at a public elementary school in Newtown, Connecticut has been particularly painful.  Its pall clings to me, and I suspect I’m writing this blog in part to attempt some diminishment of its effect, some exorcism.

The powerlessness of bearing witness, even through the distorted lens of modern media, leaves me enervated.  I have only the meager power of writing to fight back, but it’s better than remaining voiceless.  And I’ve got something to say.

We don’t just have a gun problem in the good ol’ USofA, we’ve got a problem with mad men – and we’re not talking about it.

Frankly, I don’t know if I should even publish this blog.  The pain of the event is still so powerful, so fresh.  Expressing a somewhat analytic commentary will, I’m afraid, come across as detached; or worse, as a cynical move to advance a personal agenda.  But I sincerely believe that mental illness, coupled with really terrible things we do to boys and men in our society, are setting us up for more and worse.

As a callow youth, Dear Reader, I spent a lot of time working with an organization in Madison, Wisconsin called Men Stopping Rape.  While our primary work was about preventing violence against women, we knew that to accomplish this men would have to better understand themselves, and the impacts of male socialization.  During the 1990’s, at the time that I was involved with MSR, there were a number of national men’s movements including the drum-beating retreats led by Robert Bly; the stadium-packing conservative Christian-based Promise Keepers; and a bevy of male cultural interpreters ranging from Sam Keen to Susan Faludi.   Their messages were myriad, but what they all agreed on was that we had built a culture where men were trained for violence and oppression.  A friend summed it up this way: “You’ve got to beat a dog to make him mean.” 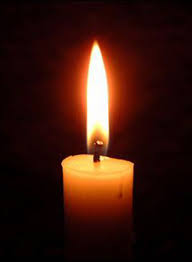 Those men’s movements, for better or worse, have pretty much fallen by the wayside.  It heartens me, however, that there have been real and lasting impacts in our understanding that things like bullying, corporal punishment, and repressing emotion are not just developmentally harmful, they are in fact inhuman.  They damage our very natures, whether we are the ones experiencing the oppression, or the ones doling it out.  They should not be allowed to continue.  Their legacy is pain, isolation, humiliation and hidden rage that leaves us stunted.

What’s more, I believe they create a virulent psychological environment in which rage and self-hatred can flourish.  In short, we sow the seeds for mental illness, for both the blind, violent lashing out and the desire to die, to be done with the pain and the hopelessness of ever feeling human and connected.

The New York Times conducted an analysis of 100 mass shooting incidents and among other important observations found:

It’s an analysis well worth reading, and includes other compelling information about race (mostly white), age (mostly older), education (many with college degrees), and history of violence (little obsession with violent games or media, little evidence of prior violent activity, but lots of ex-military).

To summarize:  Most mass shooters are men, and all show the same patterns of rage; many have a history of mental illness; many express their intentions in advance; homicidal rage and suicidal hopelessness are linked.  We all struggle to understand why anyone would commit an act so profoundly inhuman, and the point I’m trying to make is this:  we’ve laid the conditions.

Homicide comparison, US to other countries – gunpolicy.org

The availability of guns makes this terrible situation even worse.  Gun violence of all kinds is far too common in our country, and if you want to get a sense of how we compare to the rest of the world I recommend spending a few very informative minutes at www.gunpolicy.org.  The US is comparable to Russia, Pakistan and the Sudan.  I agree with the renewed calls to better regulate weapons manufactures, sellers and buyers.

But the solution must also address the deeper faults within our society by creating greater recognition of mental illness, particularly when coupled with what I can only call our ongoing oppression and repression of boys and men.