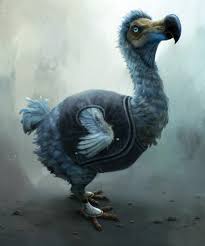 This picture of a feisty dodo has nothing to do with this blog. – Image by Michael Kutsche

Dear reader, as part of a special report for Shelterforce I sat down with the heads of four of the largest community development intermediaries in the country and asked a simple question:  Are you still relevant?

This six part series looks at the evolution of their role in the community development sector and their strategies for the future.

To read Part I in this series, click here.

“What CDCs are experiencing is the fruit of their own success,” says Deb De Santis. There was a day when CDCs had these neighborhoods pretty much to themselves. All the hard work that CDCs have put into fixing up troubled communities, particularly in the development of affordable housing, but including the provision of social supports, workforce development, educational resources, public safety, and a host of other issues—all these have brought some stability and economic vitality. These neighborhoods are much more attractive. Now these same organizations are competing with for-profit developers and other specialized nonprofit service providers in an environment with fewer resources available to do the work and (at least these devilish days) much greater need.

Think Local Natives: they rock. They also have nothing to do with this blog.

All four intermediaries commented on this growing bifurcation in the field: There are the big, scaled supra-CDCs that can deliver projects quickly and efficiently, but that frequently focus on the more straightforward deals with the usual partners around the table. And then there are those scrappy, quirky, capable little folks who are building on funky “leftover” lots, cobbling together a dozen sources of capital, many from unconventional sources, and including atypical uses such as community cultural spaces, food distribution points, or small commercial enterprises. They survive on local knowledge, creativity, longstanding relationships with community stakeholders, and the ability to successfully engage the big boys as needed.

The intermediaries have been busily adapting to this by building capacity both up and down the demand chain.

As Michael Rubinger points out, “It used to be wither the CDCs go, so go we.” That’s changing. These days, while a CDC partner is “always in the mix” with LISC, only about half their direct partners are CDCs. LISC compensates for this by having local offices that can dig down deep to assess needs and find those marginal projects where the little folks need a boost (CSH has its own system called the “Community Scorecard” designed to do much the same thing). These smaller players are acting within a more complex, more demanding ecosystem with a higher bar for entry. It’s not that intermediaries are bringing these smaller CDCs into the mainstream, it’s that the intermediaries are bringing the mainstream to them.

Sometimes you have to fight for your slice of the pie.

Meanwhile, all the intermediaries are also vying to create competitive financial products specially tailored to meet the needs of those supra-CDCs. These folks, after all, are big consumers of structured tax credit tools built around Low Income Housing Tax Credits (LIHTC) and New Markets Tax Credits (NMTC), as well as pre-development, acquisition, construction, cash flow and even mini-perm financing. What’s more, these tools are being applied to a much wider array of nonprofit commercial uses, including school and health care facilities financing. This way lies mainstream profitability for the intermediaries, and they have a big stake in defining their role as “market makers” as much as “market meeters.”

In this emerging environment, the job of the intermediary is to maintain those deep connections on the ground, while simultaneously staying one step ahead of the new competition with greater scale, higher functionality, and longer reach.

The intermediaries are really facing parallel challenges to their CDC peers: now that they’ve proven the market, they’re having to fight to keep a slice of the pie. Some of the very groups they successfully nurtured many years ago have grown far beyond their original borders, and now have multistate, regional reach or have expanded deeply into development sectors that take them far afield from their initial niche practice. They are both comrades and emerging competitors, taking on scaled delivery of community development efforts in weak CDC markets, and in certain cases directly competing with the intermediaries for resources.

Stay tuned – your Man About Town is publishing all six parts of this series over the next week.

Part I – So, What Exactly Is an Intermediary Anyway?

Next up: Part III – The Inefficiency of Scale