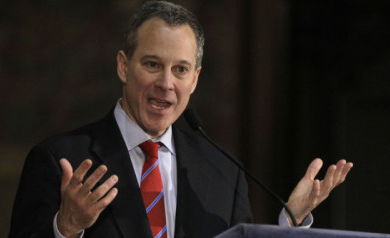 So, the press keeps coming back to this story about the proposed “robo-signing” settlement being constructed by a consortium of state Attorneys General.  Initially, the consortium included AGs from all 50 states, making it a very powerful platform for pursuing a settlement concerning malfeasance on the part of many banks in processing large numbers of foreclosure claims.

NY State Attorney General Eric Schneiderman, along with the AG’s from Minnesota and Delaware (among others), are deeply concerned that any settlement on this issue providing a waiver to banks against any further liability on “robo-signing” will ultimately have the impact of watering down future investigations and settlement negotiations.  Indeed, Schneiderman feels so strongly on this issue that he’s spoken out in a NY Times editorial against a proposed settlement being floated, and has become persona non grata with other AG’s directly involved in the negotiations, not to mention HUD Secretary Shaun Donovan (speaking on behalf of the administration).  Their response has been to kick Schneiderman off the central settlement negotiating team and generally cut him out of the process.

Iowa AG Tom Miller has defended these actions by saying that it’s better to reach a settlement sooner and to get their collective hands on a proposed $20 billion payout by banks, than to wait and prolong an already cumbersome investigation.  He also says he would insure there are limitations to any waiver of further liability in the proposed settlement, and that these would allow for further substantive investigations.  These are arguments that have merit, but I remain distressed.

So, let me begin my comments by saying that Schneiderman is following a well established tradition of NYS AG’s going after purported and actual Wall Street abuses.  Both Cuomo and Spitzer developed their political muscle in high profile fisticuffs with financial industry executives, and burnished their populist credentials at the same time.  I don’t really have much interest in questioning Schneiderman’s motives for deciding to take a stand on this issue – high stakes as it is.  Bear in mind that he’s essentially removed himself from the adult table on these negotiations, which could be very lucrative for distressed homeowners, foreclosure prevention advocates, and NY State in general.

What I really want to say about this issue comes out of my direct experience working with banking regulators and federal agencies around the issue of bank malfeasance.

From 2008 until this past July I ran the Center for NYC Neighborhoods, the country’s largest centralized foreclosure prevention effort.  We worked with nearly 5,000 NYC homeowners each year, and we saw a lot of things.  We were literally reviewing thousands of mortgage documents and naturally what we saw concerned us.  When the robo-signing scandal broke, I can’t say that we were particularly surprised.  At the time, we were approached by both federal and state banking regulators asking about our observations and any recommendations we had.

We knew that there were many issues within mortgage processing – not just late in the process when foreclosure affidavits were filed (the issue the robo-signing scandal pertains to), but throughout the long chain of the transaction from mortgage origination, through securitization, to modification negotiation.  We made it simple:  go out and subpoena a random sample of mortgage documentation from origination and review it for errors, omissions and malfeasance.  You would find consistent problems, including:

Frankly, this is a short list – we found lots of other consisten problems as well.  We basically said, go back to the beginning and think about how a mortgage should be handled according to current law, and then just see how many instances there are where this didn’t happen.  In an industry that was operating at the peak of the bubble, under lax regulatory oversight, we guarantee you will find systemic and systematic abuses that warrant further investigation.

We posed this question, and I was told by several of my colleagues that it was taken to the highest levels of federal regulatory leadership for consideration.  The answer eventually came back that such an investigation would not be conducted.  Why?  Because regulators were very concerned about turning over those rocks.

I mean, in a way, I can’t say that I blame them.  If such an investigation were made, I’m sure what it would have revealed is that the mortgage origination and securitization industry was a mess, and that the products it developed and sold were in many instances, um, soiled.  Now, think of the trillions of dollars in securitized mortgage debt out there that’s already worth no more than pennies on the dollar.  Next, think of telling the investors who are losing their shirts, well, you may be right that you were sold a bill of goods.  You can bet that the ensuing bloodbath of lawsuits, forced redemptions, buybacks and write-downs would turn the moribund financial sector into little more than a knacker’s shop.  That’s a pretty scary thing to contemplate.

At the same time, when I look out at the landscape of current housing policy in regards to the foreclosure crisis, I am very critical of how little is being done to defend affected homeowners and how little accountability has been expected of financial sector partners.

But here’s the thing that really upsets me more than anything else.  When the robo-signing scandal broke, one of my regulatory colleagues whispered in my ear that “the feds” were really hopeful that the AG’s could force banks to the negotiating table in ways that they could not.  Meaning that federal regulators had lost faith in their own abilities to compel banks to enact such things as principal write-downs, more effective loan servicing platforms, and greater transparency in modification appeals (among many other issues).  In short, the feds were hoping the state AG’s could do what they felt they themselves could not.

It’s sadly ironic to me that Schneiderman is taking a stand in the current negotiations to say, we can’t walk away from the true scale of this problem.  It deserves complete investigation and proper accountability because it’s at the center of a global economic crisis.  And yet, it’s the feds who are pushing for a weaker settlement and therefore effectively limiting all future investigations.

I’m glad I voted for you, AG Schneiderman.  I hope you are successful not because I want to see “justice” in some deeper sense, but because I think exposing the underbelly of this debacle is vital to our nation’s ability to move beyond it – economically, politically, even morally.

Best of luck.  It looks like you’re going to need it.