Re-posted from my guest blog on Rooflines.

My mom rocks.  She’s the most big-hearted, intellectually curious, bright-eyed and good-looking mom in the world.  Now, she and Pop came for a visit a few weeks back and Mom pulled out of her purse a couple of news clippings:  Five Good Reasons Why Wall Street Breeds Protesters (USA Today), and Wall Street’s Gullible Occupiers (Wall Street Journal).  She laid them down in front of me over a lovely brunch (at Kevin’s in Red Hook for you foodies out there) and asked in that demure Dayton, Ohio drawl of hers:  which one should I believe?

So, I’m going to give it my best shot.  There are an awful lot of folks who have killed an awful lot of trees trying to sort this business out (and I will cite throughout this blog my personal favorites), and much black ink has been spilled.  I’m going to try and give to you, in layman’s terms, what I believe the critical issues were and some ideas on how to address the current aftermath and future implications thereof.  This may take a while.  Ready?

First off, I can’t believe I have to do this.  I mean, I understand that this is all pretty complicated, but really the whole business was a total freak show and there’s no single party that made the whole bloody mess on all their lonesome.  Also, there is an overwhelming preponderance of research and testimony that pretty clearly shows that (a) government housing policy was NOT the sine qua non of the mortgage and economic crisis, and (b) that unfettered Wall Street risk taking tied to the “financialization” of mortgage products DID both create the bubble and then AMPLIFIED its eventual collapse.  Despite this, we are going to be subjected to at least twelve months of electoral bombast from conservative pundits trying to out-shout reality, and we’ve even got folks who really should know better (hello, Mayor Bloomberg) repeating pablum that was too conservative even for conservatives.

What the Financial Crisis Inquiry Commission Had to Say

Let’s start with the meat and potatoes of those “seeking answers” efforts held nationally.  The federal Financial Crisis Inquire Commission (FCIC) interviewed about 700 bankers, policymakers, banking regulators, advocates and whistleblowers over 19 days of hearings, parsing through the details of why a huge bubble built of US mortgages emerged and collapsed, taking the heart and soul of the economy with it.  It was supposed to issue a bipartisan report that summarized its findings, and ideally lay the groundwork to make sure that this very bad thing never happens again.  Unfortunately, it ultimately delivered not one, not two, but three reports:  a majority report (from Democratic leaders) and two dissenting reports (the first from three Republican members, and the second from just a single conservative dissenter – Peter Wallison, whom we’ll come back to).  Much has been written about the differences between the three.  To summarize the differences between the majority Democrat report and primary Republican dissent, I’ll quote the dears over at Planet Money from their report of January 28, 2011:

The majority and minority reports agree on a lot. They both point to the proliferation of exotic mortgages, the failures of regulators, the incompetence of Wall Street managers.  So why come out with these two separate versions? A lot of it comes down to one sentence in the majority report – a sentence that appears near the very beginning:

‘We conclude this financial crisis was avoidable.’

Did folks really understand that they were creating bubble conditions?  And if they did understand, were they in a position to do anything about it?  In my opinion, the answer to the first question is “yes,” and the answer to the second question is “yes, probably.”  Still, let’s set this argument aside for the time being (a good subject for me to take up in another blog post coming down the pike).  Instead, let’s look briefly at the content of Peter Wallison’s dissent.

Free Markets Must Be Free (to implode)! 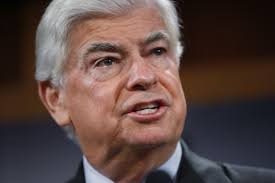 Wallison, the Arthur F. Burns Fellow in Financial Policy Studies at the conservative American Enterprise Institute, basically says Fannie Mae, Freddie Mac, and the federal Community Reinvestment Act (CRA) all artificially inflated the market demand for high risk, subprime mortgages, driving the private market into a buying frenzy that culminated in its eventual collapse.  By the way, Wallison is the author of one of my Mom’s articles noted above:  Wall Street’s Gullible Occupiers.  Now, Fannie, Freddie and CRA have been the favorite bogeymen of conservative critics of federal housing policy for decades, although Wallison takes this to a new level through this remarkable assertions.  He’s clearly a very intelligent guy, but he’s got an agenda (the phrase “free market ideologue” does pop to mind) and he’s also just plain wrong.

For those of you who are really interested in seeing a more thorough debunking of Mr. Wallison’s perspective, I highly recommend the excellent rebuttal from Matt Taibbi in Rolling Stone, or the wonky and wonderful critique by David Min at the Center for American Progress.  And if you are a real glutton for punishment (like yours truly), you can always read the Federal Reserve study:  “The Subprime Crisis: Is Government Housing Policy to Blame?”

But look, I can’t blame you if you really don’t want to spend your time on this.  After all, there’s laundry to do. Suffice it to say many commentators put the smack down on Mr. Wallison by noting the following:

Still, it’s Wallison’s spin that is essentially the controlling conservative narrative – even ahead of his Republican counterparts.  Why?  Well, because he hangs the blame for the financial crisis squarely on government interference in the free market.  It doesn’t matter that he’s wrong.  What matters is that many people want to believe that he’s right.

I hope you will join me for Part II of this blog explaining to my Mom what crashed the economy.  In the next installment, I break it all down and explain the ten things that allowed the bubble to occur and implode.  Fun!