It used to just take two. Those days are over.

In the callow youth of the nonprofit sector, you needed two kinds of capital: (1) financial capital, because money does, after all, grease the wheels of change, and (2) social capital, because proving you could fill the courthouse steps or get the Governor to answer your call was a way to make up for not having enough money.  But the NPO sector is burgeoning, the capacity for evaluation is still limited, and the power of social media has grown.  Now there’s a new kind of resource you need: conceptual capital.  It’s the stuff that drives your visibility in a crowded marketplace.  So what is it, why do you need it, and where do you get it?

First, let’s take a step back and review what we mean by financial and social capital.

Money makes the world go around

Everyone gets it that you need money – at least a little – because most change is about altering the built environment.  The elementary school / community center / health clinic / supportive housing / greenway / theater / urban farm / business incubator your community needs ain’t going to build itself.  There are four main financial tools nonprofits use for growth (listed below in order of least to most flexible):

Somewhere in my future is a longer post on these four sources of financial capital, and somewhere in my past is a fascinating post about how these sources have driven the growth of complex nonprofits, but for now suffice it to say that most groups are only good at using one or two of these approaches effectively.  Each requires specialized relationships, knowledge and operational infrastructure, and given the tight margins of nearly every nonprofit that means you gotta pick and choose. Revolution for fun and profit

Most nonprofits spring from a sense of mission, and seek to build a coalition of like-minded stakeholders around that mission.  Consumers, board members, donors, public officials and other civic leaders are aligned by push and pull, through marches, meetings, revelatory reports, law suits, petitions, post card campaigns and other calls to action.  They’re pushed to avoid looking bad, and pulled by the attraction of looking good.  The outcome of applied social capital is political traction.

While community organizing has fallen somewhat out of fashion, and while many larger nonprofits don’t engage in direct action, fighting for an identifiable cause (whether poverty alleviation, artistic vision, public health or environmental sustainability) is still central to the identity of being a nonprofit leader.  In short, it’s your ability to get stakeholders on your side because they don’t want to end up on the wrong side.  In the (conjectured) words of FDR: “I agree with you, now go out and make me do it.”

But all this is the amuse-bouche to my main point:  as the nonprofit sector (like other parts of the economy) has stratified by wealth, and as the ideological marketplace has grown denser, it’s no longer enough to command only two sources of capital.  The newest coinage of the realm is “thought leadership,” the perceived ability to influence stakeholders with the power of your ideas, and to extend the reach of your financial and social capital to non-traditional stakeholders.

In building conceptual capital, one’s currency is narrative, and one’s profit is “likes.”

Everything you need to know about social media is in this chart.

In many cases, conceptual capital is your identity, your intellectual property, your individuality converted to a sort of bite-sized gospel suitable for catchy videos, email newsletters and tweets, then woven through the tapestry of social media.  Do you have an effective program for transitioning teens from foster care to independent living?  Blog post!  Has your social impact loan fund launched its 500th female immigrant entrepreneur?  Huffpo op-ed!  Did your elderly cancer survivors support group go skydiving?  Viral video!

But conceptual capital extends far beyond social media, as thought leaders are now expected to be conveners of other thought leaders.  Yes, your executive director should be sitting on panels with other experts in her sector, but your CFO should also be hosting a happy hour of other CFOs to talk about social impact investment, and your director of youth services should be offering training programs to his peers in your new best practices model for working with autistic children.

In other words, conceptual capital makes visible your essence, the thing your organization does that is unique and therefore the best, and spreads it around.  It does this by getting your folks out there in person sharing their skills and knowledge with your stakeholders.  What’s more, it should be additive – meaning that it should advance the larger body of knowledge within the sector.  And where it can’t enlarge, it should refine.

Social media output is the effect of thought leadership.  It happens after, when you document your conference, special report, or video series.  When you earn “likes,” you’re turning a profit in the emerging market of ideas.  This can lead to financial profit in and of itself (hello Kickstarter!), but is more likely to simply correspond with your ability to build social capital and access financial capital. 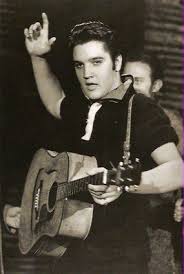 One for the money, two for the show…

Three to get TED ready…

Instagram may seem silly, but this stuff really matters.  And the formula is simple: thought leadership first, social media visibility second.  So start dreaming up those hashtag-able events dear reader, because in the crowded marketplace of ideas those #s are the breadcrumbs that make your trailblazing visible.